Spotlight on the Angus Glens

Over the next couple of months, we’ll be finalising a new book by author and climber Grant Farquhar, who has compiled a fascinating history of climbing in the Angus Glens in the northeast of Scotland. A’ Creagh Dhearg traces the rich history of this unique corner of the Cairngorms over the course of a century, taking in a tour of the best-loved classic lines in Glen Clova, such as Guinness (E1 5b) on The Red Craigs and Look C Gully (IV,4) in Corrie Fee. Part of the book’s appeal lies in the way the author has woven the distinctive dialect and humour of this part of Scotland into the narrative, and drawn on a range of voices from a close-knit climbing community. The result is a collection of vignettes that are both a tribute to Victorian pioneers and latter-day trailblazers and a poignant reflection on formative, youthful endeavours. A’ Creagh Dhearg is also a great illustration of just how much climbing has developed in Scotland over the years, and how this history is often exceptionally localised. 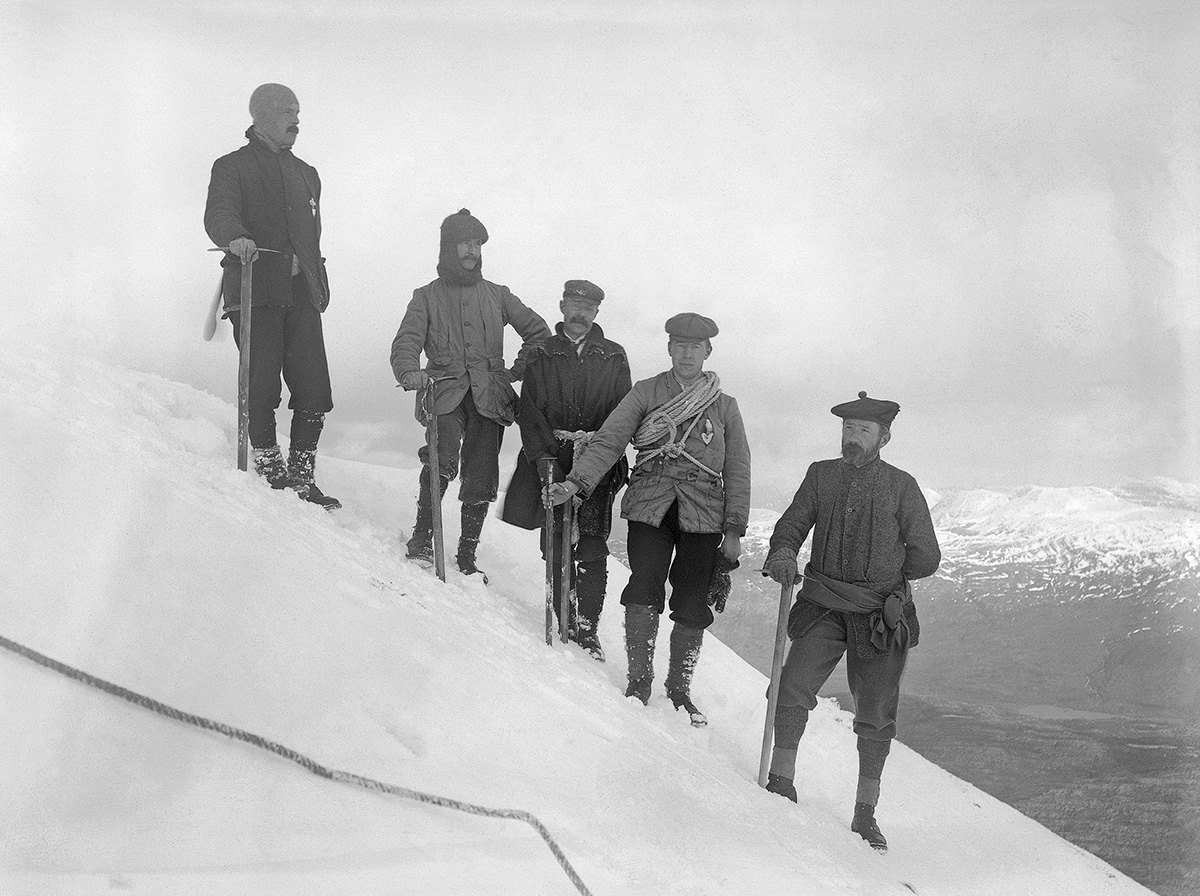 Although Glen Clova is perhaps less frequented than the daunting ramparts of Glencoe or Skye, its granite crags and gullies have attracted some of Scotland’s most prolific and respected climbers, including ex-SMC President Doug Lang. At the cutting edge of Scottish rock climbing during the ’60s and ’70s, Lang began his climbing career in Clova, making aided first ascents of Zigzag Direct and Roman Candle and, in the next glen over, exploratory first ascents of Falseface (E2 5c) and Sword of Damocles (E2 5b) on the forbidding Creag an Dubh-loch. He also excelled in winter, and his first significant winter line was the classic B Gully Chimney (III,4) in Clova’s Corrie Fee. In the early ’70s, Lang teamed up with step-cutting powerhouse Neil Quinn, who was used to going up and down ladders as a sign-writer and painter-and-decorator. Until this point, British winter climbing had barely changed since the Victorian pioneers had hacked snowy steps up Scotland’s great couloirs―an incredibly laborious method and the preserve of elite, usually Scottish, climbers.

Lang and Quinn were among the last teams to adopt the revolutionary front-point technique, and they cut steps up many of the hardest routes of the day―their epic ascent of Hadrian’s Wall Direct in 1973 took over 17 hours. Reluctant converts to the new technology, they went on to put up a host of three-star first ascents across Scotland.

Lang died in an avalanche in his beloved Corrie Fee in March 2011. He was found in the snow holding his ice axes, close to B Gully Chimney, where he had begun his pioneering career nearly half a century earlier.

Doug Lang on Ben Nevis with the warthog ice screw that held him on a fall on Comb Gully Buttress. Photo by Ken Crocket.

Deziree Wilson is an editor at the Press. After many years in adventure education and broadcasting, she returned to university in 2018 to complete a master’s degree in journalism. She now works as a freelance writer, editor and illustrator, but continues to spend as much time as possible climbing, skiing and mountain biking in Scotland and the Alps.