With winter starting to arrive in full, it’s fair to say our appetites have been well and truly whetted for the rest of the season ahead. With high hopes for what’s to come, we asked the authors of our new series of winter guidebooks, Simon Richardson, David Kerr and Neil Adams, about their experiences of last winter’s rollercoaster of a season, and what aspirations they have for the rest of this year, too.

You’ll be able to hear more insights from these authors at Fort William Mountain Festival, where they’ll be making up an expert winter climbing panel at the Highland Bookshop on Fri 17 Feb. Tickets are available here. 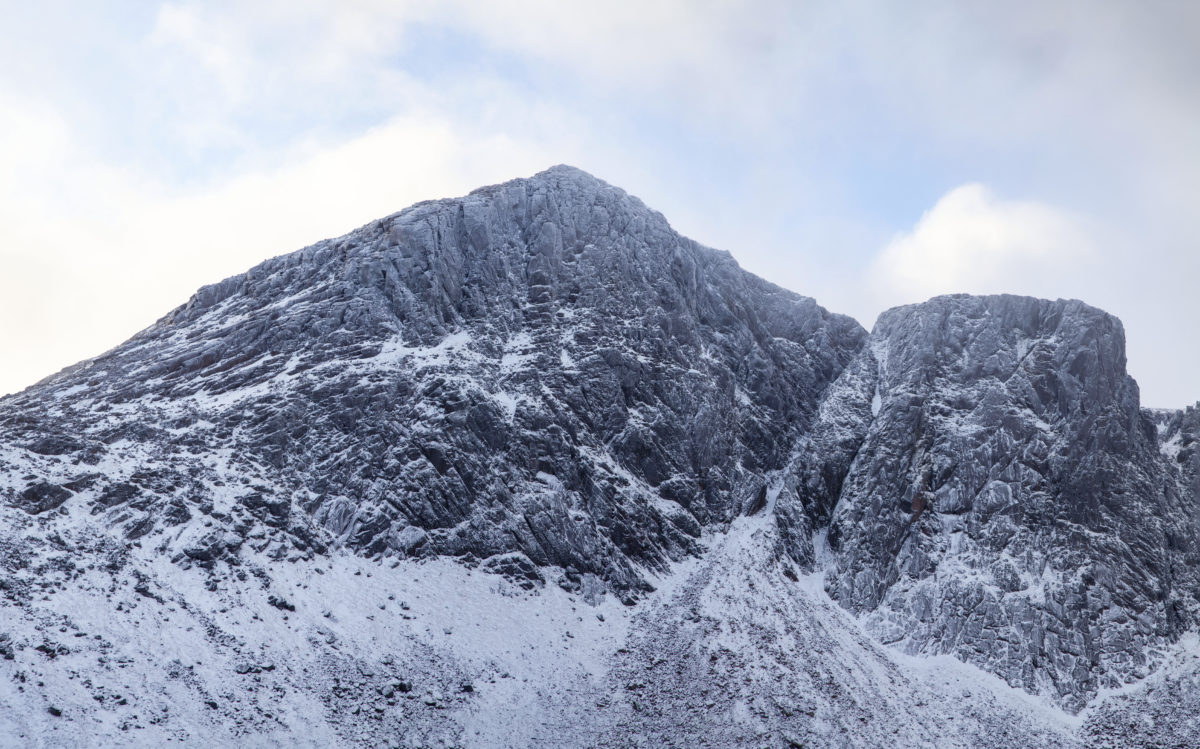 Last season was a difficult one with an almost continuous run of storms from December to January. But a brief ridge of high pressure extended across the north and east of Scotland on Sunday January 9 which resulted in a wonderful winter day on the Cairngorms, with the hills frozen and white with fresh snow.

Forrest Templeton and I decided to visit The Stuic on the north-west flank of Lochnagar. This delightful cliff has only been developed relatively recently and is slowly becoming recognised for the quality of its turfy mixed climbing with a wonderful panoramic view across to the Central Cairngorms.

Three other teams also had the same idea, and it was a very sociable day with ascents of The Stooee Chimney, First Light and Daybreak Corners. Always keen to look around a new corner, Forrest and I took a line up the centre of the steep recess between Bonanza and Twilight Groove. True Grit (V,7) features a strenuous second pitch up an overhanging niche and groove that was superbly led by Forrest.

Looking ahead to the rest of the season ahead, winter climbing in the Cairngorms typically follows a similar pattern each year. The Northern Corries provide good early season sport with the likes of The Message and Savage Slit being popular favourites, but invariably I’m attracted to the more remote corries on Braeriach or Beinn a’Bhuird. They still have many features to explore, with the bonus of nobody else around and guaranteed adventure.

A sign of a good winter is when the routes in the Loch Avon Basin come into good condition. Although I’ve climbed a couple of the magnificent winter routes on the Shelter Stone, an ascent of the classic 1950s masterpiece Sticil Face has always eluded me. You never know, this February or March it may be in condition – here’s hoping!

Despite the fact last season wasn’t great, one day does stand out because of how unexpected it was. During the short cold spell in February I’d arranged to go take photos of Liathach with a friend who was staying in Shieldaig. The forecast was mild and wet in the morning so we didn’t leave the car until near midday. As we walked in we passed a couple of bedraggled teams who’d got an earlier start and bailed in the rain. We walked along the back corries getting most of the photos I needed for the guide. As we climbed into upper Coire na Caime the snow began to get firmer so we went up a gully to the last section of the Northern Pinnacles. This was in amazing condition, plastered with perfect neve. We topped out into sunshine across Loch Torridon and found a perfect ribbon of snow that let us glissade down to about 500m.

I’m really looking forward to getting out on Skye this winter. I’d always discounted it in the past as being unreliable, but reading Mike Lates’ blog and looking at the reports of the routes he’s climbed has made me realise that it’s in condition far more often than I thought.

I’d love to climb on the Cadha Dearg between Beinn Dearg and Seana Bhraigh, it’s one of the most mysterious and unfrequented venues in the North guide area. We thought we’d been really smart when we tried to get there by ski during the really cold, snowy spell a few winters ago. Unfortunately, the wind was blowing so strongly down Gleann na Sguaib that we could make absolutely no progress and had to bail. A quick solo of one of the Strathconon icefalls saved the day.

Finally, Beinn Dearg Mor is a crag I’ve wanted to get to for years. I’m sure I’m not the only one who’s looked across from An Teallach and thought, ‘that looks good’. It’s a long way from the road, and there’s a river crossing, but bikes and flip-flops will help with those! 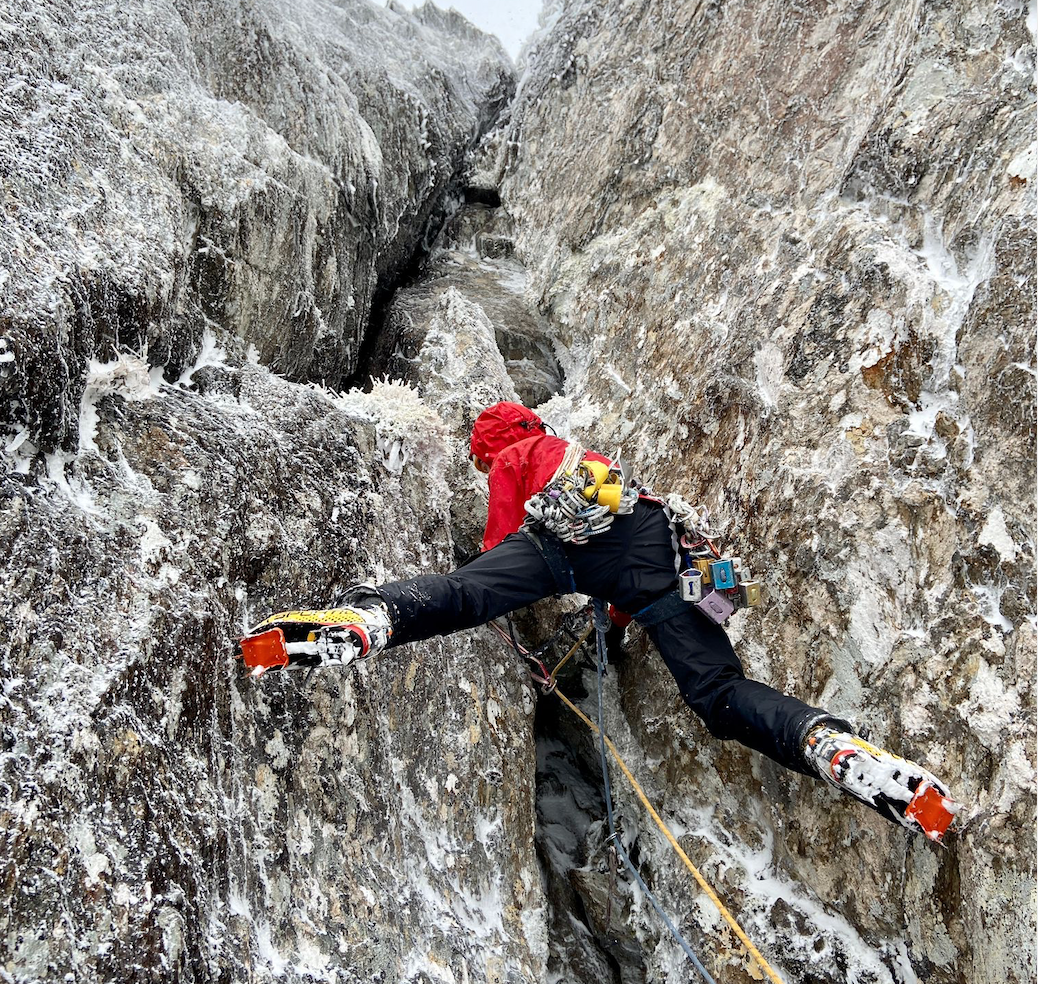 Last season was tricky. There seemed to be a never-ending series of storms rolling in for much of the winter. I got out most weekends, but it often felt like a battle! One of the highlights was getting to know Aonach Beag better. I had done bits & pieces there over the years: the North-East Ridge in summer & winter, a bit of skiing, a few ice routes on the north face and quite a bit of scrambling around in summer getting the lay of the land. I spent some more time up there last winter, the highlights being Salmonella on the West Face and a link-up of The Ramp, Goblet of Fire and Catabasis on the East Face. It’s an incredible mountain and I still feel like I’ve only scratched the surface (no pun intended).

For the rest of the season ahead, I really hope to get into Coire Dhorrcail on Ladhar Bheinn. It’s such a dramatic corrie with amazing-looking routes ranging from the obscure to the iconic, though it is a long way from anywhere! I’m also keen to do more on Ardgour; I’ve done a few new routes there in the last couple of seasons, and there’s tonnes of potential for more. Finally, having finished Scottish Winter Climbs West, I’m looking forward to spending more time in the rest of Scotland again, maybe even joining Dave in his explorations in the north. 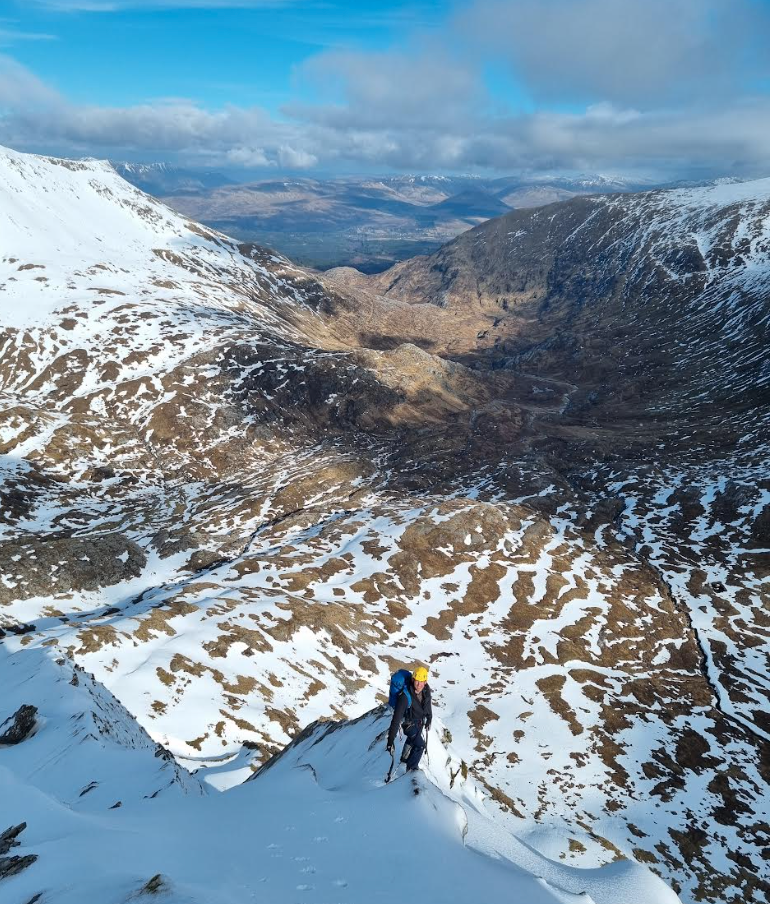