Going back to our routes

The origins of our SMC guidebooks can be traced back to the SMC Journal, founded by the club in 1889. Since its inception, this annual publication has maintained a continuous record of mountain activities in Scotland. It’s hard to believe that the original committee wasn’t convinced that such a journal was necessary or viable―some thought there weren’t enough routes in Scotland to fill more than a few journals! Happily, one member, Joseph Gibson Stott, thought otherwise and became the journal’s first editor. William Douglas took over the role in 1892, and in 1901 he produced the first SMC guidebook, which became the precursor to the now familiar and highly popular series of separately published SMC guides.

The authors of today’s SMC guides invest significant time and effort in producing updated editions … their commitment is borne of a desire to give something back to the climbing community.

The authors of today’s SMC guides invest significant time and effort in producing updated editions, bringing their own characters and expertise to the process. Although they do receive a small royalty, their commitment is borne of a desire to give something back to the climbing community. It’s no small task to combine a full-time job with travelling to obscure crags at random hours of the day to get the right light and conditions for photographic diagrams, especially when this involves giving up precious climbing time! Getting the perfect shot isn’t easy, given how important it is to show the crag from the right perspective so that all the routes are visible. Then there’s the meticulous process of marking up and fact-checking information to ensure the guides are accurate and recording any changes to the routes, approaches and descents. Guidebooks are, without exception, also reliant on contributions from the climbers getting out there and taking photos, we always welcome contributions from our readers in the form of suitable action shots taken in the areas covered by the guide. You can find details of how to do this here.

In the coming months, we’ll be bringing you several new and updated guidebooks, including Scottish Rock Climbs, a select guidebook covering Scotland’s best crags and outcrops and produced in the Wired style. 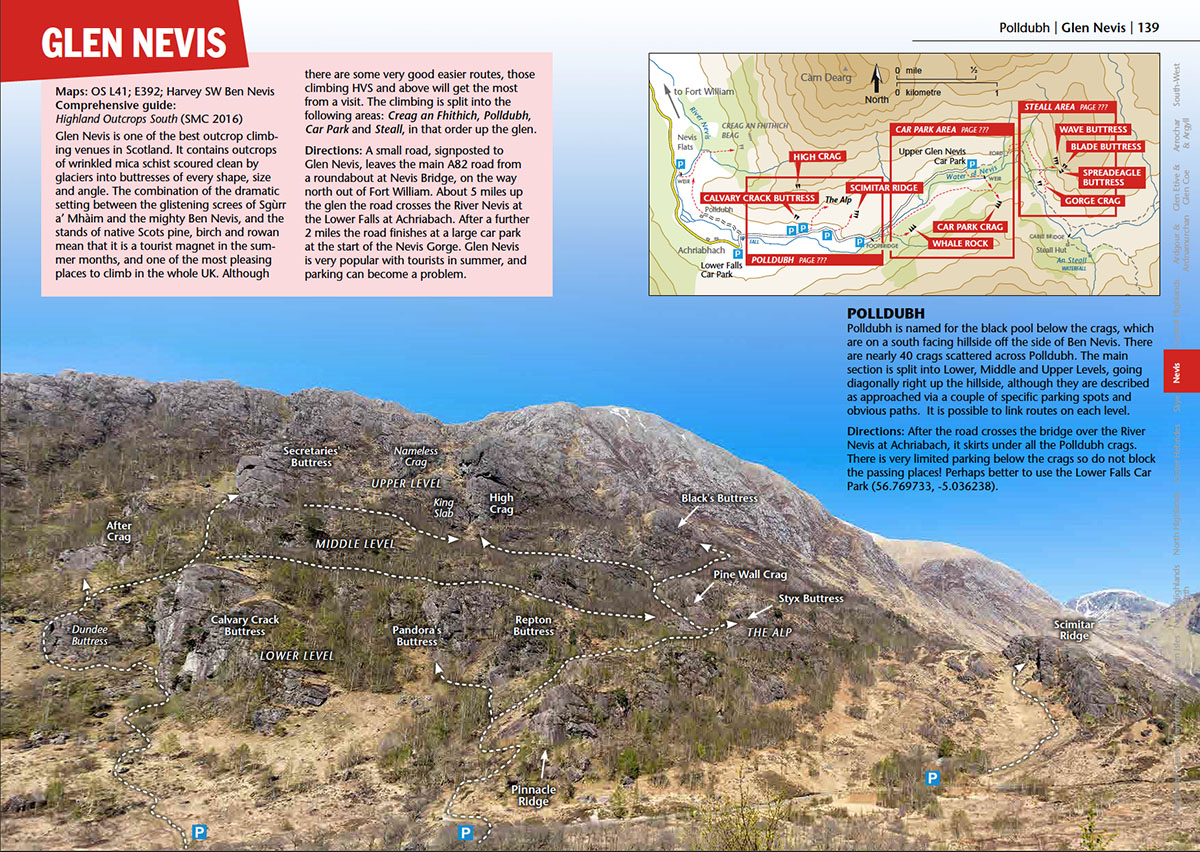 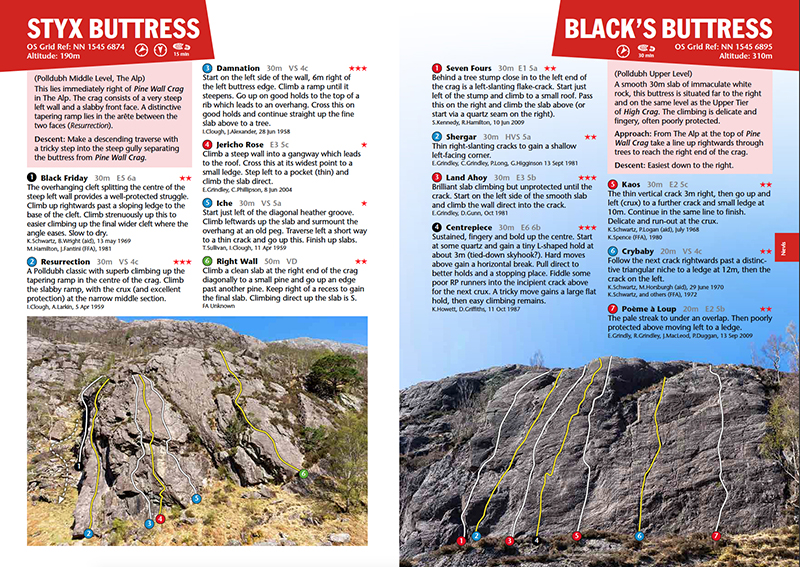 For over a century, climbing clubs across the UK have kept meticulous records of first ascents and undertaken the mammoth task of publishing definitive guidebooks for the benefit of the climbing community. Wired is a concept that brings together clubs including the British Mountaineering Council, the Climbers’ Club and the Scottish Mountaineering Club, amongst others. Under this banner, volunteers share their collective knowledge, skill and enthusiasm to document the best rock climbs across the UK and publish this information in new and creative ways.

As part of the Wired series, Scottish Rock Climbs combines gorgeous imagery to whet your appetite with high-resolution photographic topos and key information on approaches, descents, and anything else you need to know before you head to the outcrops and mountains crags of Scotland. The succinct descriptions include, route lengths, number of pitches and overall and technical grades, not forgetting a star system so that you can choose from the very best climbs on offer. With only one more chapter to go, we hope to have it ready for you as you gear up for the rock climbing season in spring 2022.

The winter climbing enthusiasts among you will be pleased to know that we’re also well on the way with a new SMC Scottish Winter Climbs West guidebook, which will cover winter climbing venues between Galloway and Knoydart, as well as the islands of Arran and Rum.